Part two of Grace and Elena’s brutally honest blog on their medical elective explains the ethical perspectives and their personal impact: 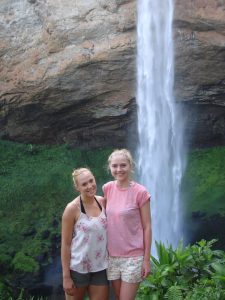 In Ugandan hospitals, we were treated like qualified doctors and in line with ethical guidelines and the advice at the orientation briefing we had to refuse on several occasions to prescribe medications or carry out minor surgeries. The nurses and patients had a lot of respect, and did not seem to mind that we were under-qualified to do procedures. We were very specific when we told them what we were prepared to do; we’d see patients, clerk, come up with differentials but nothing further on from that without a qualified doctor. Once the nurses got to know us, they stopped asking and learnt where our boundaries were, as the medical students in Uganda had different boundaries. The level of care for patients was lower than in the UK. This was not because doctors and nurses did not care, but because of a lack of resources. 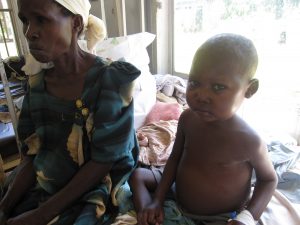 There is never any urgency, regardless of the situation. On a public holiday, we were left in charge of the emergency department as doctors do not come in. A man who had been assaulted was brought in by the police. He was unresponsive, had a significant head injury and fixed pupils. The nurses were in no hurry to get a blood pressure machine or a cannula. We ended up putting him on a metal stretcher and running across the hospital grounds with him to a ward so he could get some treatment. He survived but if we had not been in the department when he arrived, we cannot imagine how long he could have been lying there before someone acknowledged him. 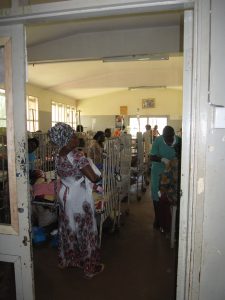 Death and suffering is almost a norm for them. They are used to feeling pain and sick people dying and do not have the resources to make a difference. The slowness that everything runs at does need to change; that’s down to their way of life and it would not be acceptable in the UK. But when it comes to life and death and alleviating suffering, it’s not that they do not want to help, it’s that they feel like it’s almost futile. The fact that a country still has these attitudes in 2015, and that they have a reason to, does not seem good enough.

This placement has shown us how lucky we are, and it has made us so much more grateful for simple things. We feel lots of things were put into perspective. For example, before our time in Africa, we would consider having to wait to see a doctor for a few hours as terrible. Now, we have realised how lucky we are in the UK to have a doctor available 24 hours a day. ‘Free at the point of delivery’ is an alien concept in Uganda. We do not feel pain, we can have the operations we need and we know that the hospitals are going to have everything they will need to treat us. We have no idea how good we have it; both as patients and doctors in the UK. 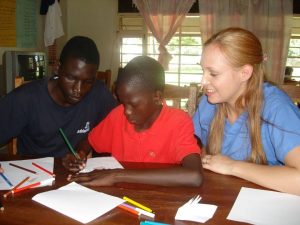 We noticed that most families, although they lack basic amenities, seem to be grateful and content with their lives. Rarely do people complain and the families are very grateful for the smallest of good deeds. We found it very easy to feel fulfilled and pleased that we had made a difference to people. A smile went a long way.

We wanted to do so much and to help so many people while we were there but it was impossible with the resources they have. On a smaller scale, I like to think that a few patients, for example the man who had been assaulted and the people we tested for HIV, may have benefited from something we did. 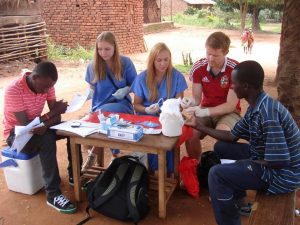 We’ve been asked if we’d like to return and work in Uganda in the future. Honestly, we do not know if we could deal with the frustration of seeing people die that we knew would survive in England. It has given us such an appreciation for the NHS and working conditions we have here. We will never again take for granted having the equipment we need available to us and will always appreciate having a hardworking and caring team supporting us.