Winston Churchill once described Uganda as the “Pearl of Africa”, expressing his appreciation of “its magnificence, for variety of form and colour, for profusion of brilliant life”. Uganda lies astride the Equator in East Africa and is famed for its friendly people, lively culture and exotic range of wildlife as well as being home to the source of the River Nile. It is about the same geographical size as the UK, with a population of just over 30 million.

Uganda gained independence from Britain in 1962, maintaining its status as a Commonwealth of Nations member, and is a presidential republic. The 1970s and 80s saw an era of political turmoil, as the country endured a civil war against the ‘Lord’s Resistance Army’ rebel group. Stability has returned to most parts of the country since the political unrest of the previous years, and a peace process is underway to fully restore the country’s stability.

Since this time of uncertainty and conflict, the economy has stabilized, experiencing steady growth since 1986. The substantial natural resources and fertile lands of the country mean that a lot of money is to be made from the land, therefore agriculture makes up 80% of the workforce. Uganda’s main exports include coffee, tea, cotton and tobacco. 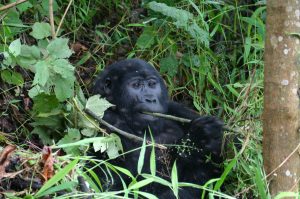 Uganda is a landlocked country in East Africa, roughly the same geographical size as the UK, but with a much more tropical climate, with temperatures averaging at 2°C in the day and 16°C at night. Kampala, Uganda’s capital city is situated in the south of the country and is one of Africa’s safest, greenest and fastest growing cities.

One of Uganda’s many geographical landmarks is the stunning ‘Mountains of the Moon’ in the Rwenzori National Park, the highest mountain range in Africa. Uganda is also home to the biggest lake in Africa, and what is believed to be the source of the River Nile: Lake Victoria. As well as being renowned for its beautiful scenery and national parks, there is a wide variety of wildlife to be found, including over 600 species of birds and one of the rarest animals on the planet, the majestic mountain gorilla. This gives Uganda the highest concentration of primates on earth.

The people of Uganda are greatly affected by HIV/AIDS, with 7.2% (source: UNAIDS (2012) Global Report 2012: AIDSinfo) of the population living with the disease, making it the country with the 10th  highest prevalence of HIV/AIDS in the world. In the past, the country has had the most effective national response to AIDS of any African country, bringing the prevalence rate from 30% in the 1980s down to 6.4% by the end of 2008. Despite this success, more recently the rates have begun to rise again, and it is suspected that this is due to the people’s complacency combined with the government’s recent focus on abstinence-only prevention programs, which has reduced the practise of safe sex. 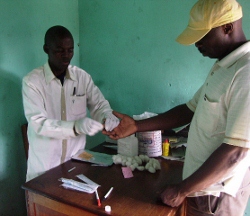 Knowledge about the causes of HIV/AIDS is the most important tool people need in order to prevent HIV/AIDS, which is currently lacking in Uganda, as only 39% of people aged 15 to 24 know all the necessary facts about how HIV can be prevented. The poverty of the population means that people are often in poor health, and this combined with the lack in education, testing and treatment is why the HIV/AIDS prevalence in Uganda remains high.