Another fantastic post from student doctor Chris Wallace, who has just returned from completing an eight week medical elective with Act4Africa in Jinja, Uganda:

‘The second half of my elective has been divided between spending time at Nalufenya (the children’s hospital) and going out with several different organisations into the community.

Nalufenya had much in common with the main hospital, albeit with more senior doctors on hand. They had the same issues with lack of investigations, and lack of medications available. We at least occasionally had oxygen available, unlike at the main hospital, which was a nice bonus. However, a widespread and deep-set fear of oxygen and NG tubes here meant we often couldn’t use either.

We also had to deal with refurbishment work, which meant half the hospital was closed off. Our emergency room became an emergency corner, and patients were three or four to a bed with the mums sat underneath.

Emergency care in those kind of surroundings is tough, and I can’t imagine how horrendous it must have been for the mothers of the other babies on the bed when we were resuscitating a child right next to theirs.

I was also lucky enough to organise community visits with a wide range of different medical teams and development organisations, going out into the villages where the majority of Ugandans live. Over the past four weeks I’ve spent time with:

– The AIC, an AIDS prevention and treatment organisation, going on an outreach to a fishing community, which have notoriously high levels of infection.

– Hospice Jinja, a palliative care outreach team, providing the only community end of life care for the entire region.

– Jinja Connection, a charity providing shelter and education for local street orphans, and helping to try and get them back to their families. (This place was also a great excuse for me to play all the football I wanted) 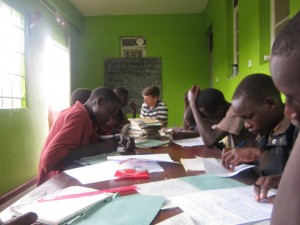 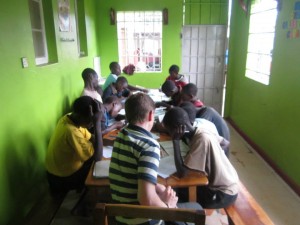 It’s been a great opportunity to see so much of the development and health care work that happens here, though I know that I barely scratched the surface.

There have been some lowlights on this trip, particularly at Nalufenya where lack of treatment options meant that parents lost children at a rate unthinkable in the developed world. Equally, however, there has been many a case where I’ve been amazed at how well a patient has recovered, given the circumstances.

Before I came to Uganda, I tried to imagine what health care in Africa might be like. I was nowhere close. I’ve been forced to improve many of my most basic skills, and wean myself off investigations and treatment protocols.

Coming just before I start my first job back in the UK, this has been a big learning curve, but ultimately I feel more confident and competent as a result. Medicine in Uganda has had its challenges, but as a student wanting to gain experience and test myself when given more responsibility, it’s been fantastic. (Although I’m almost certainly going to diagnose either malaria or TB in 90% of my UK patients as an African hangover)’

We’d like to thank Chris for such a detailed, informative post, and wish him all the very best with his ongoing studies. If you’re interested in the possibility of organising your medical elective with Act4Africa please get in touch via admin@act4africa.org. More information about our electives programme is available here.