“I’d return in a heartbeat!”

My name is Lauren and I am a 21-year-old nursing student from the University of Glasgow. In June 2015 I went on a four week nursing elective with Act4Africa to Amana hospital in Dar Es Salaam, the largest city in Tanzania. I went with my friend Caitlyn, also a Glasgow student nurse, and this was a trip we’d been planning and dreaming about since we met on day one of our course. After what felt like months of planning and emailing (thanks Shaun at Act4Africa for answering our endless questions) and saving up money, we were finally going to Tanzania.

It was the summer after 3rd year of my nursing degree and I felt I was well equipped to handle anything that was thrown at me thanks to my experience in the hospitals of Glasgow. Boy was I wrong! Nursing in Tanzania is nothing like nursing in the UK, with our immaculate hospitals and cushy NHS. It is hard and dirty and we saw many things I wish I could un-see, but it was so incredibly rewarding. I came away from the four weeks in Amana hospital with not only a new appreciation for how lucky we are in the west, but a changed view on nursing as a whole. Patients in Amana were often teetering on the brink of life and death. They were so much sicker than anyone I’d ever seen before, with no money to pay for treatment. Staff struggled to care for their patients with the limited resources they had available. But, with lack of resources comes a newfound resourcefulness – you stop asking yourself “what do I need to carry out this task?” and start asking, “what can I do with what I’ve got?” 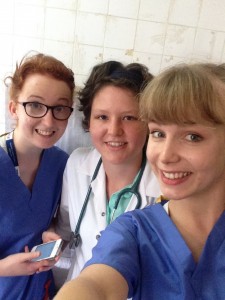 We learned a great deal about diseases that you just don’t see in the UK outside of very specialist areas – tropical diseases such as malaria, infections like TB, and AIDS related diseases such as Cryptococcal meningitis, Cryptosporidiosis, Pneumocystis jiroveci pneumonia, and Toxoplasmosis. If you don’t know what most of those are (I certainly didn’t before I went), I recommend looking them up before you embark on any kind of healthcare elective in Africa. You’re going to come across them. Everyone is so willing to teach you, so willing to let you get hands-on with patients and so willing to share their stories, both of struggle and of triumph.

The hospital is very flexible on allowing you to see and experience as much as you can in the time you are there, both inside and outside the hospital. Tanzanian people are very proud of their beautiful country, and quite rightly so! You will be encouraged to get out there and see everything, and that’s exactly what we tried to do. Along with Ruth, a medical student we became fast friends with, and Tumaini, Act4Africa’s representative in Dar Es Salaam, we experienced not only the touristy side of Tanzania, but the way Tanzanians live on a day to day basis. 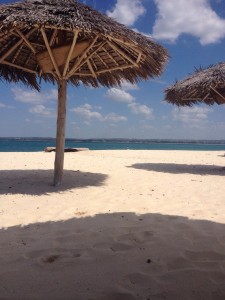 On the touristy side we visited the beautiful Bongoyo Island with it’s white sands and tropical forests, it’s only a 30 minute boat ride from Dar and is perfect for lazing on the beach or hiking through the “jungle.” We saw two snakes within half an hour! The freshly caught grilled fish washed down with local beer was also hard to beat as far as lunches go. We took a couple of days off from the hospital to make a trip to Arusha for safari! 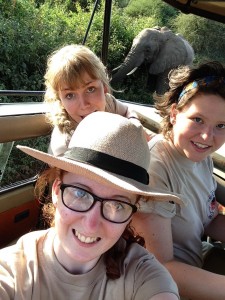 We went on a two-day safari to Lake Manyara and Ngorongoro crater, in which we saw all of the big five except for a cheetah (very elusive) and so many more animals, birds and stunning scenery. Until you’ve seen the enormity of Ngorongoro crater you’ve not seen anything that’s “big.” It was immense. Within the trip we also added in a day trip to the foothills of Mount Kilimanjaro. We didn’t have the time to climb the whole thing unfortunately, but we got an amazing tour round a local village exploring waterfalls and tribal caves and even got to go to the start of the trail up the mountain. Our final weekend in Tanzania, after we had finished our time at Amana, we went to Zanzibar Island for three amazing days. There we explored the famous and historical Stone Town, partied it up on the beach at the Kendwa Rocks Full moon party, and relaxed in the peace and tranquility of Pingwe peninsula.

Traveling in a foreign country alone, especially as a female, can be a daunting prospect, but it’s more than worth it. Countless memories were made, many lessons were learned (always the hard way), and we grew not only as nurses but also as people. We were supported by Act4Africa every step of the way, and the knowledge that they were there to help if we needed them gave us the confidence to do so much and push ourselves so far from our comfort zones. Tumaini was our guardian angel – always there to swoop in and save us when we messed something up, translating our pitiful attempts at Swahili (seriously, learn some before you go, you won’t regret it), and allowing us into her personal life to experience what it really feels like to be Tanzanian.

Would I do this sort of thing again? In a heartbeat. Would I recommend other future nurses in my position to take on this type of challenge? Without a doubt. Medical students get to go on electives as part of their training, but options for nursing students are limited – this is why we chose Act4Africa. They are keen to get as many nursing students as possible involved in this life changing opportunity, so I say, take them up on the offer!