Power, empowerment and Theatre for Development

The ‘Act’ in ‘Act4Africa’ means more than just ‘do something’ – it’s about acting, in the theatrical sense. Our intern Max Hurst has been exploring what Theatre for Development (TfD) is, and why we use it here at Act4Africa… 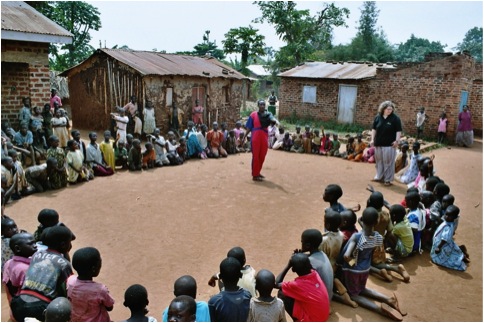 Musimbi had never been assertive with a man before. But as she acted out an Act4Africa role play on a dusty field in Jinja (Uganda) her self-confidence was building. Yet she could also feel something deeper, something fundamental she had never experienced before. Then she realised. This was power.

Power. Too often an elephant in the room, but it is in fact a central concept in internationaldevelopment. Indeed, power is perhaps the main reason why the poor remain poor. It is not that they are somehow lazy or unaware, but rather that the marginalised have no voice, choice or control over their own livelihoods. Yet despite its importance, power is rarely discussed, as it also raises similar moral questions about the development process itself. We can perhaps all agree that development should not be the preserve of Western ‘experts’. Nonetheless, all too often international aid consists of organisations exerting ‘power over’ communities in need by dogmatically telling them how to change their lives. Clearly, a radically different approach is required.

With this in mind, Act4Africa aims to ensure that empowerment of individuals and communities is a core focus of its work in Uganda, Tanzania and Malawi; that is, equipping beneficiaries, like Musimbi, with the ‘power to’ improve their own livelihoods through skills training and capacity building. In effect, empowerment is about helping the poor to help themselves. It is a notoriously tricky task. But, as the narrative above highlights, Theatre for Development (TfD) is an excellent tool for achieving this goal. In particular, Act4Africa uses a special form of community-based performing arts known as ‘forum theatre’. A typical event occurs as follows: 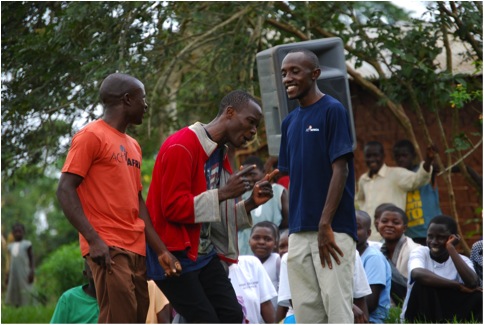 So what is it about forum theatre that makes it an invaluable empowerment technique?

Well, an important reason is that it is participatory. Forum theatre moves beyond traditional passive and ‘top-down’ development programmes that do nothing to increase agency at the grassroots and which can in fact embed a dependency culture within developing countries. Instead, by interacting with communities and encouraging them to become active participants, forum theatre promotes a higher-order questioning and analysis that really begins to empower transformation. Individuals begin to realise that their oppressions are man-made rather than the natural order of things, and that they have the ‘power within’ to change that reality. Yet the true value of forum theatre as a tool for empowerment is that it is also a ‘rehearsal for reality’; participants are able to actively practice the strategies and skills needed to alter the status quo in a safe-space before implementing them in real-life.

Forum theatre also works as an empowerment tool because performing art appeals to people’s emotions and passions, not just their reason. Only by tugging at heartstrings during role play is it possible to truly motivate and empower the poor to implement social change. And in Africa this is easier to do than elsewhere. Forum theatre is a particularly powerful expressive medium here as performing art is a deep and fundamental phenomena in the African psyche. Indeed, as our nurse in Kasese, Harriet Bukindika says ‘We all love to act and dance; it is a big part of our entertainment.’

And that is perhaps the most important reason of all. Forum theatre works as an empowerment technique because it is enjoyable and engaging. As our general manager in Uganda, Patrick Kigongo, says about Act4Africa events, they are all about ‘having fun and saving lives.’ What could be better than that? 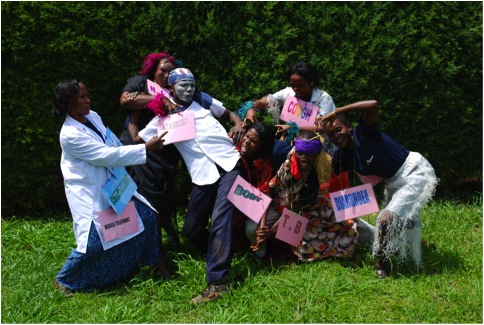