Categories Menu
Home » Blog » Uganda: Catching Up With The Team

Uganda: Catching Up With The Team

Act4Africa’s Project Manager Hilary Yeates returns from her recent trip to Uganda inspired by the progress and passion of the local teams and the young women they’ve helped, and full of enthusiasm for a future project.

As Act4Africa’s Project Manager, I have the privilege of working alongside our team members in Uganda and have recently returned from a trip over there. As always I’ve been humbled and inspired not only by the incredible passion our team members have for the projects they run, but also by the amazing resilience, determination and grace of the Ugandan people as a whole.

My first stop was Kasese, where I was inspecting the building we’ve renovated (with the help of Big Lottery funding), into a hostel for young women and a resource, information and HIV/STI testing centre for wider members of the community. I was delighted to find that the hostel was complete and looked very welcoming, with plans in place for filling all 12 beds from January 2017 ready for the new academic year. It was also good to see that many members of the community, including a good number of young people, were regularly accessing the HIV awareness sessions being provided.

I also had the opportunity to meet with the Deputy Mayor, Peter Baluku, who happens to be a key Development Worker for KADUPEDI (the Kasese District Union of Persons with Disabilities). Peter has overcome incredible adversity in his life and is an enthusiastic supporter of the work Act4Africa has been doing in the communities and, in particular, the efforts to include marginalised groups. 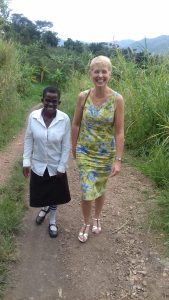 Hilary (right) with Sharon, a Peer Educator in Kasese

One of the most rewarding aspects of being involved with Act4Africa is being able to build relationships with a variety of project beneficiaries. One such relationship I have developed is with one of our Peer Educators, Sharon. Despite being HIV positive herself, on a strict regime of antiviral medication and often victim to related stigma, she is totally committed to raising awareness about HIV. As well as working with young people in the school she attends, she works with mothers and children who attend the same health centre and also distributes condoms to local motorbike taxi riders. Sharon and I were thrilled to see each other again at her school. I also had the chance to go home with her to meet her mother, who is clearly proud of her daughter’s achievements.

After a bumpy and rather eventful 11-hour drive (involving a baboon attack, engine failure and more drop toilets than I care to mention!) I arrived at my next destination, Jinja. Our 10 staff members there are doing a superb job in delivering the UKAid funded HEAL (Health Education And Livelihoods) project and I was thrilled with the progress they have made, particularly with women’s enterprise groups. I had the pleasure of visiting 3 of these groups in rural villages and experienced first-hand their enthusiasm for building savings together, developing business ideas and sharing the responsibility of caring for livestock they now own. 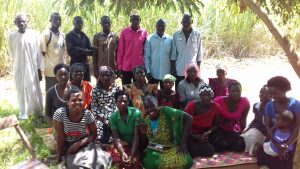 Another major part of my visit was to research the possibility of setting up a model goat farm. This would not only act as an animal husbandry learning centre and provide sustainability for local community groups, but also carries the potential to raise money to pay for the education of marginalised young women. It is an exciting new initiative and led to me meeting up with local vets, farmers and agricultural college lecturers who were all very helpful, informative and encouraging about our ideas.

As always, it’s been a pleasure spending time in Uganda – meeting wonderful new people and having the opportunity to spend time face to face with our devoted team members who work so incredibly hard to improve the lives of their fellow countrymen/women. I feel extremely fortunate indeed to be a part of it. 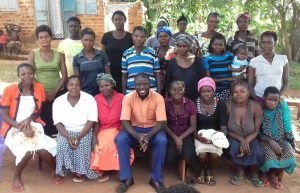