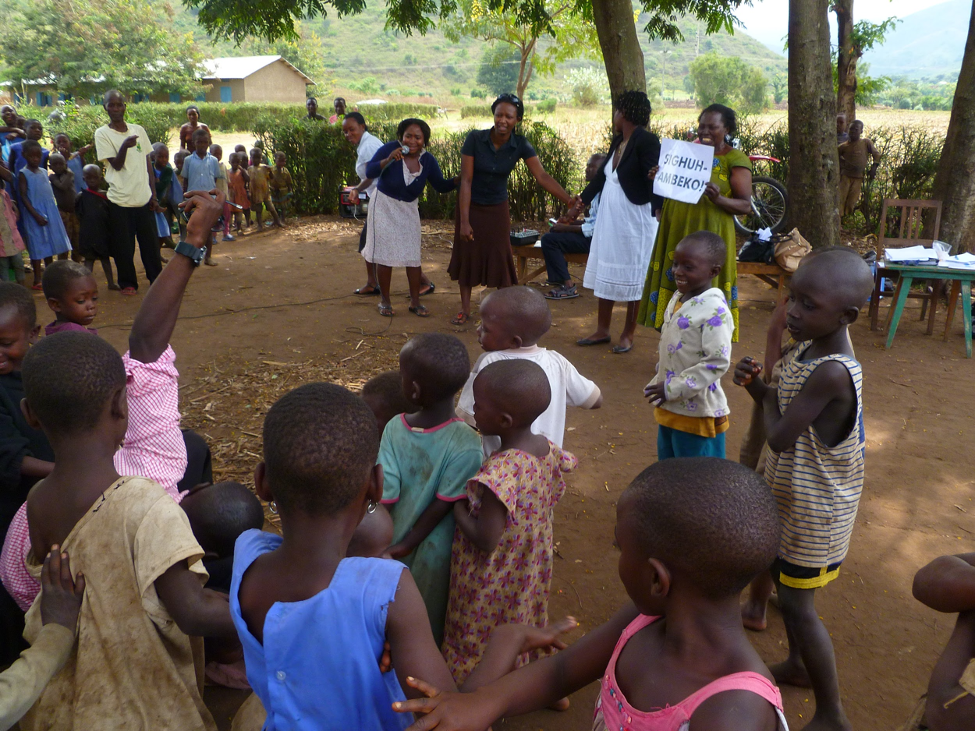 16 Sep HIV and the battle against misinformation

Posted at 10:05h in News by Rachel Barham 0 Comments
0 Likes

HIV/AIDS has been with us now for 33 years. And yet misinformation and lack of knowledge about the disease persist in some parts of the world, most markedly in rural or disadvantaged communities. Our intern Alexandra has been looking at some of the beliefs about the virus that still exist in rural East and Southern Africa, and how Act4Africa has been working to eradicate them.

For you and I, HIV is a biological disease, with clear causes and effects. Although microbiology is difficult to get your head around, it is accepted as fact, as we are surrounded by images of people in lab coats with pipets and Bunsen burners. But imagine if you lived in a community where your fellow villagers are dying from something called HIV and no one has told you how you get it. Theories and rumours are created. This misinformation is a major cause to the continual spread of HIV.

Muthaka, a young woman living in Uganda, told one of Act4Africa’s educators that she thought she was safe from HIV if she ate avocados and drank Pepsi. Olive told of another woman in her village who had banished her HIV+ daughter from the family home, as she believed her other children could catch HIV by sharing her daughter’s plates and sleeping in her bed. One participant thought HIV was only spread through blood, another thought you would be cured if you ate a dog.

1. Can a person get HIV from mosquito bites?

2. Can a person get HIV by sharing food with someone who is infected?

It is clear standard knowledge about the spread of HIV/AIDS is not reaching those in rural communities, making them most susceptible to infection. 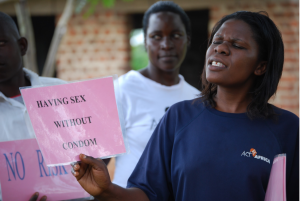 That is why Act4Africa not only helps in testing for HIV and counselling those infected, but educates African communities about why and how HIV spreads – using powerful but simple communication methods like storytelling.

Storytelling is part of all cultures. It helps us to explain complex ideas in simple ways. There are many ways of telling stories, and Act4Africa uses Theatre For Development (TfD). TfD helps to get people’s attention, with interactive performances, keeping teaching fresh, new and attractive. We also use ‘forum theatre’, an interactive way of exploring issues by examining a problem and suggesting a solution through role play. Actors or audience members can stop a performance and suggest how the actors can change the outcome of the scene. This helps the audience to participate in the action and think about how to solve the problem being presented.

Act4Africa also uses other interactive methods like games in community training groups. The sessions are physical and active, keeping everyone engaged, but also give scope to think about HIV and how it is spread. ‘Let’s Shake Hands’ is an excellent example of how a simple game puts across a powerful message. When the group enter the room they all shake hands with a few people. This is a friendly, familiar gesture. If you then say the handshake represents unprotected sex and you nominate 2 people who represent being HIV positive, the message is easily communicated about how quickly HIV can spread through having unprotected sex with numerous partners.

At Act4Africa, we recognise not only the importance of knowing your HIV/AIDS status, but also the importance of educating at the grass-roots to prevent unnecessary infection because someone did not understand they were at risk.