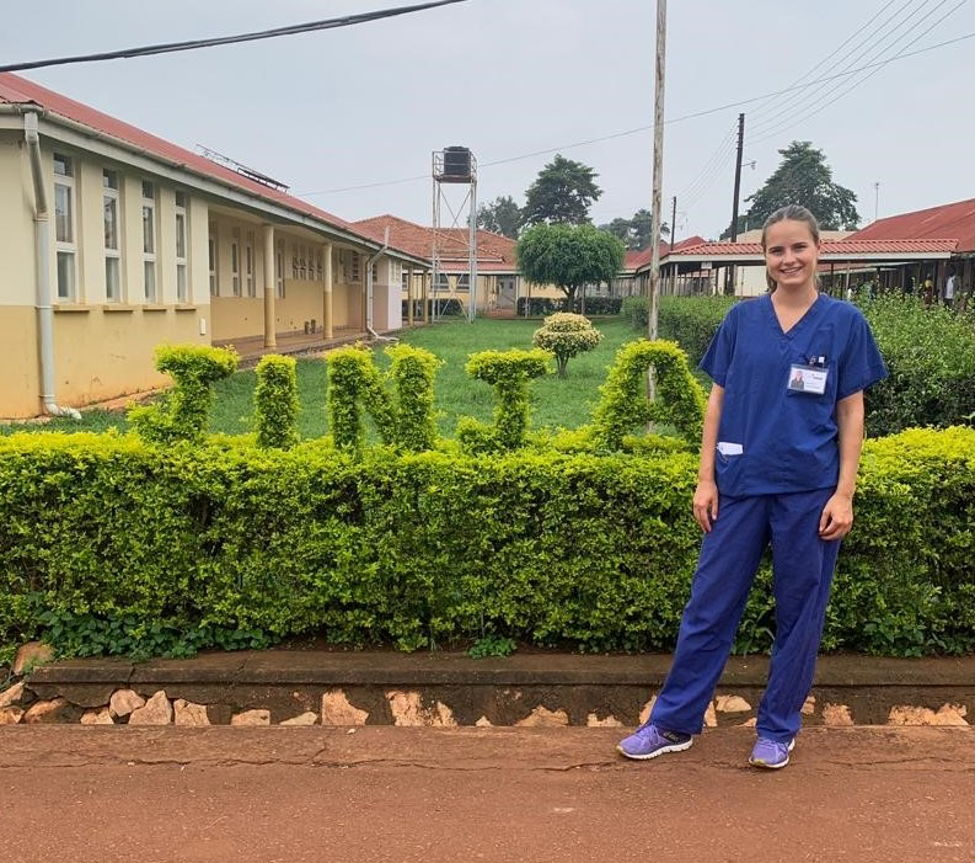 Posted at 13:03h in News by Ragad Mohamed 0 Comments
0 Likes

Hello, we’re Alice and Alice. We’re currently studying nursing at the University of Birmingham. We have come out to Jinja for our nursing elective!

We arrived Saturday 27th July in the evening after almost 24 hours of travelling!! We were warmly welcomed at our guesthouse by Zai and her family who had dinner prepared for us on our arrival.

On Sunday we explored Jinja for the morning. At first it was a bit overwhelming because it’s so different from the UK! A lot of the children we have passed in the streets have wanted to say ‘hello’ and are intrigued about where we’ve come from. We managed to see so much of the town and even got a glimpse of Lake Victoria! We managed to sort out Ugandan SIM cards so we can contact people out here and also keep in contact with home.

The town is a short walk away from the house. There’s lots to see and do in the town centre. We’ve been to a couple of the internet cafés already which serve really good food and drinks. We’ve also explored the street markets and bought ourselves some African trousers! 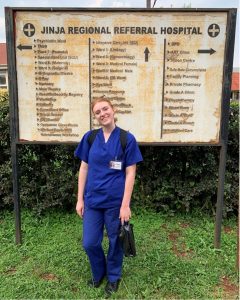 On Monday we began work in Jinja Regional Referral Hospital. We are both spending this week in the Special Care Unit for babies. We had to be authorised by the Nursing Commissioner and she assigned us to the wards. We have now been on the ward for three days and it has been quite a shock! We start at 8am and finish by 4pm so we still have time to do other things if we want to. The nurses often don’t arrive at the beginning of the shift and instead turn up at around 10 o’clock. 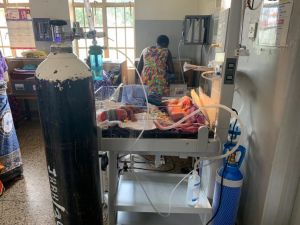 The babies on the ward are tiny and most of them are premature and weigh less than 1kg. One of our main jobs has been to do the observations. These are supposed to be done once a shift, so three times in a day. Many of the babies had nothing recorded before we arrived and we are still the only people who are recording the vitals. Compared to the UK this was such a shock. Babies in a UK Neonatal Intensive Care Unit are nursed one to one and their observations are taken hourly and they are often on continuous monitoring. On the Jinja Special Care Unit there are usually 1-2 nurses on the ward and nobody is monitored continuously. 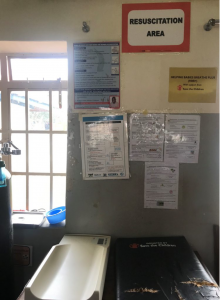 We have been able to pass nasogastric tubes and suction using traditional methods rather than conventional methods used in the UK. We also observed a baby being put on to Continuous Positive Airway Pressure (CPAP). In the UK this is a machine but over here they use a traditional method using the resources they have on the ward. As the Sister of the ward told us “the healthcare in Uganda is like healthcare would have been in 1930s UK.”

We are looking forward to spending the rest of the week on the ward and learning new things. We have also booked to go on a safari to Murchison Falls at the weekend, so we’re very excited!!